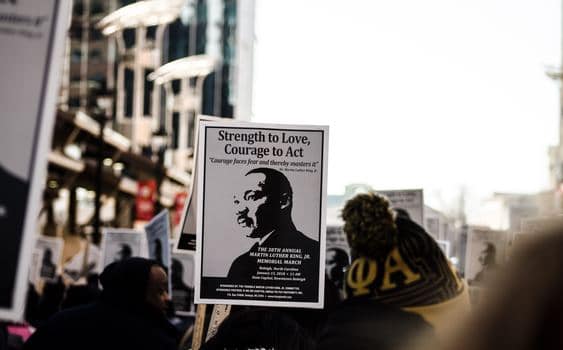 To say it’s bad here in the U.S. right now is an understatement.

Depending upon your sensitivity and level of privilege (or blessings, as my religious friends say), we’re all feeling it to varying degrees.

I myself am really struggling. I care so deeply. I’ve marched, done Affordable Care Act advocacy work, locally and in DC. I’m calling my reps, working the polls (and meeting Pittsburgh’s mayor), donating, writing op-eds, and using my platform. And it doesn’t feel like enough.

Because we’ve never gotten to the bottom of our patriarchal, white supremacy roots, we keep having the same issues.

For example, America has a history of separating families based on white supremacy. It started with the genocide of the Native Americans. It continued with slavery. Then came the Japanese internment camps. And it’s never stopped with state violence/police disproportionately gunning down minorities. And now, it is happening with immigrant families (many who have to leave violence, in part, because of our U.S. foreign policy in Central America).

Same root cause. Many different faces. The trauma cycle continues.

What we need more than ever is a leadership style that has never existed. There are no maps for how to move forward with the incredible challenges we have. Most of Congress are representatives, not leaders.

We need leaders who can self-reflect, who aren’t afraid to be bold truth tellers, and who understand root causes and complex systems.

Our biggest challenge is the apathy of the silent majority. I like to believe if we had real leaders, we’d have more people engaged.

Which is why I was so excited Forbes interviewed me about the connection with my clients’ taking a leadership role with their health and careers.

As I explain in the article about the overlap,

“The deeper connection is the identity shift that comes from having agency with your body. Agency means having and making independent choices. So when presented with this or that diet, or “intuitive eating” or “lean in or lean out,” you know you have Option C, which is to lead your own way.”

Here’s my Forbes feature (and Editor’s Pick) in its entirety.

I encourage you to think about how to more deeply step into your own leadership right now. What is your vision for your health, work and life? What’s calling within you to come forth?