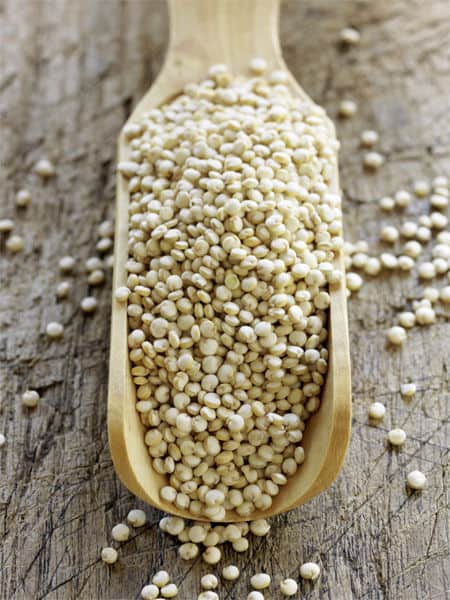 Whole grains like wheat, buckwheat, millet, quinoa, rice and oats became part of the human diet about 10,000 years ago. If human evolution was condensed into one year, grains are about a day old. But, they have become megastars overnight. And with all super star brands, there are knock-offs: “made with whole grains” cereal, “12-grain (and sugar)” bread, and most every carbohydrate product that comes in a box.

Those who follow the Paleo or ancestral-esque diet swear off processed grains. Their genetic tampering, pesticide-laden and processing can wreak havoc on several modern health conditions. From Multiple Sclerosis to arthritis to type II diabetes, eliminating processed grains and then dramatically reducing whole grains are known to improve these chronic diseases.

In the vegan world, quinoa is viewed as a precious protein source. Buckwheat and millet are known to alkaline the body and full of fiber. However, there are vegans who are paleo (using non-meat protein sources) and eliminate grains. Grains aren’t as central in the vegan versus paleo debate, especially as paleo has now allowed white rice!

I find the real grain, or carb debate, is the one in your head: “Look at those desserts! Look at that warm breadbasket. They’re so bad but I want just a little bit. (You taste a little bit). Ahhh…I have to have this…diet starts tomorrow!”

The truth is most people who want to lose weight or reverse a medical condition need to reduce grains, the refined ones. All body goals rely on a hormonal re-balance. Excess insulin, sugar’s life partner, upsets the body’s balance. For example, whole wheat bread raises your blood sugar (and insulin) more than a Snickers bar.

But what I often hear from clients is,  “It’s so hard. I love carbs. They’re everywhere!” Why they really love carbs isn’t from lack of willpower but an unbalanced blood sugar from not eating the right carbs and amounts for their body.

The question isn’t “Are carbs good or bad?” but rather, what amount of healthy carbs works for me so  I don’t binge on bad carbs because I tried to eat no to little carbs? Women especially need healthy carbs! The right amount of course, depends upon your body.

My Curb Your Afternoon Cravings program is a short-cut to really getting you 1. see you need carbs in your diet and to not feel guilty eating them and 2. Showing you how much and what types so you don’t binge on processed carbs.