Rebecca* is very independent, accomplished and an older feminist’s dream. In certain ways, she’s already liberated. She runs her own successful business that aligns with her values; she’s in a true, equal relationship, and she feels fierce (at times).

But she holds herself back because of her weight. She knows this is a hard-to-release cultural conditioning.

She stops at her favorite bakery or can’t resist the pull of Shake Shack on the way home from really hard work days.

Rebecca didn’t grow up eating sweets or treating herself for life’s twists and turns.

But after being bullied in high school, she gained weight and joined Weight Watchers (WW). At 18, she developed a mindset that wanted a reward for the work required to stay within her points.

The mindset stuck and left Rebecca a slave to the scale and the very system that was supposed to set her free.

An electronic device that spits out a number became the defining point of winning or losing. Success and failure determined daily. The more failure, the more she withdrew. She lost confidence in herself in gradual yet profound ways. The less she used her voice.

When I meet a client like Rebecca who says, “I just can’t do Weight Watchers anymore” I know that person is on their way to breaking free from dangerous habits ingrained from dieting. 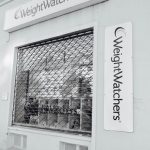 And the powerful champion arises…

WW is a microcosm of a cultural “surround sound” that instills a need for control of all types, including women’s bodies and the way women rely on their weight.

This sense of control provides an illusion of safety as you trust something outside yourself that promises to know about how your body and eating should work.

[Cue Disney music]: A tale as old as time…

What’s interesting about programs like WW is they plant the seeds of distrust and dependency in you. You cannot trust yourself to know what to put into your body.

Success is a matter of following a rule book, one not based on up-to-date science of how nutrition and weight loss work. Yet we rely on the numbers they give us. Like children who need a gold star for good behavior, we are given a point system!

On the surface, clients like Rebecca want to retrain themselves from WW-style systems that makes them feel that they’re “on” or “off” with their eating.

Why is a burger, fries and milkshake so worth it in the moment yet makes me feel so awful about myself later?

On a deeper level, my clients are searching for a framework that gives them the power of responsibility and the capacity to progress in all areas of their lives. They’re ready to reclaim the trust and power dieting stole from them.

Rebecca doesn’t stop at the bakery anymore. The thought of Shake Shack is still there, but the unstoppable pull is no longer there. It’s a thought she can ignore.

She’s eating less. For the first time in her life, she’s offered fries and genuinely doesn’t want them.

How did she achieve this?

She’s regaining her power with the support of Truce with Food. This is my signature, once-a -year program.

In Rebecca’s words, “I was always trying to catch the next thing instead of facing myself. Now, I’m honoring who I really am and creating the structures to sustain that—not by following a diet.”

Her nutrition and exercise continue to improve because she’s building a strong center and foundation of self-trust. This is the exact opposite of depending upon the counting of points.

And the results are transformational.

She has a deeper, more intimate relationship with her partner who is now the safe haven (not the bakery) when she has hard days.

She’s made profound changes in her business to make work fulfilling and easier, preventing the stress that justified Shake Shack fries.

As she continues to come into her own with the Truce with Food tools, her need to weigh herself fell away on its own. She feels a newfound sense of peace much more powerful than the scale to tell her how well her life is going.

She doesn’t have to control food. The thing is, until she learned the truth about her story and what was underneath her self-sabotage, she didn’t realize how much work food was! It is a domino effect and the changes in her relationship with food are reflected in other areas of her life.

This is agency– independent choices on how you want to spend the precious days and years of your life.

Learn more about the Pros and Cons of WW in this Insatiable podcast episode (transcript for my readers).

PS: *Rebecca is not her real name. She gave me permission to share her story