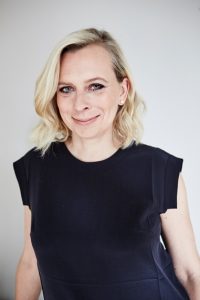 Wow, do I have an episode for you today. I originally was introduced to Elizabeth a couple of years ago. I had been casually following her work and then after the election, she became a source of clarity, grounding and daily reminder I have political agency on her daily Resistance Live Facebook videos.

What started out as friends and family watching Elizabeth explain the law and what the hell was happening, has become a viral sensation and incredible community of resistance activists who refuse to accept “this is just how things are” with the current political reality, nightmare and feel called to show up differently at work, home and with ourselves.

To me and thousands of others, she’s the new face of leadership. She speaks truth to power in a clear and fiercely loving way. I wanted to have Elizabeth on because she’s been very open about how honoring her body has propelled her recent rapid rise in visibility and has been a powerful guide in making choices that have taught her profound lessons and skills that have prepared her for this moment in time.

We discuss how the new heroine requires honoring the body, with all its brilliance and scars.

Described as a “celebrated career coach” and “fearless entrepreneur,” Elizabeth Cronise McLaughlin is the CEO of Gaia Project Consulting, LLC, and the Founder of The Gaia Project for Women’s Leadership. Her work has earned the support and recognition of women such as Arianna Huffington, DailyWorth and WorthFM Founder Amanda Steinberg, and many others.

Elizabeth has been featured in major media such as CNN, Forbes.com, Elle Magazine, Harper’s Bazaar, The Huffington Post, HuffPost Live and The New York Times. Elizabeth is the host of the Women’s Leadership Podcast, a top business podcast on iTunes, and has taught courses to thousands of executives worldwide, including at Columbia Law School. Elizabeth also keynotes routinely in corporate and non-profit environments on issues relating to leadership, women’s advancement, professional success and work/life alignment.

Elizabeth has a J.D. from The George Washington University Law School, where she graduated with honors, was the recipient of the West Bar Publishing Award for Clinical Achievement, and served as the President of the Moot Court Board, among other accolades. She obtained her B.A. from Carnegie Mellon University, with college honors, where she triple-majored in creative writing, professional writing, and French, won awards for poetry, and completed a Senior Honors Thesis on the work of French feminist theorist Luce Irigaray, including translations from the original French.

It is Elizabeth’s mission in life to transform traditional paradigms of leadership so that all leaders, and women leaders in particular, can lead lives that allow them to share their gifts, achieve epic success on their own terms, and lead lives in alignment with their deepest values– and to change the world as a result.

She lives in New York City with her two kids.